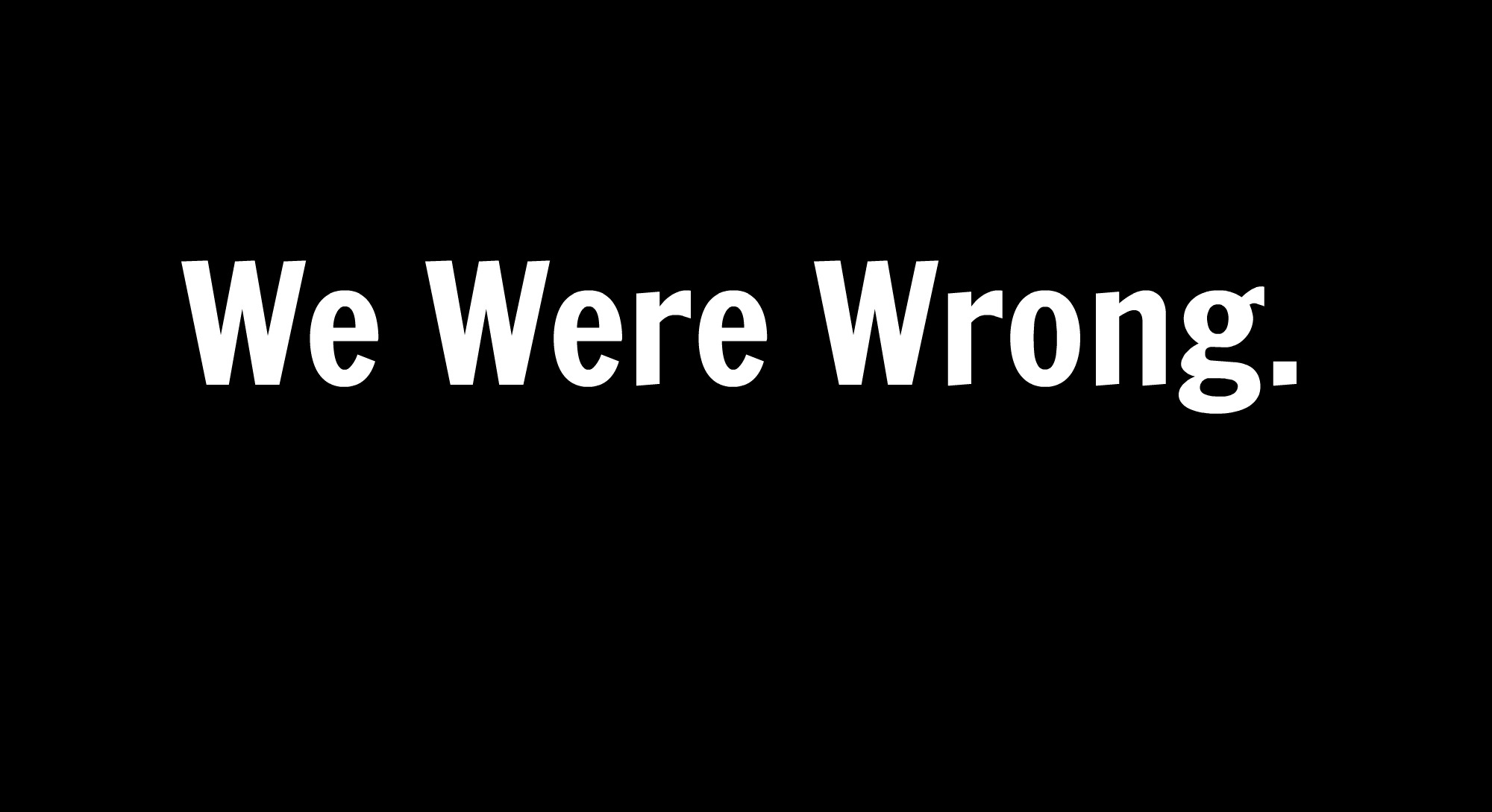 "We were wrong" are the three words that you will never hear from the Federal Reserve, more on that later. The USD took a good old thrashing last week as it sold off against all of the major currencies except for the Aussie. The AUD ceded ground to the majors after a less than stellar jobs report, the blocking of the deal for Australia's energy grid, and a credit rating downgrade. The Australian economy created 26.2K new jobs, which was better than the 9.9K eyed. The unemployment rate declined to 5.7% from the 5.8% forecast and the participation rate remained steady at 64.9%. However, the headline number masked some underlying weakness as all of the gains came from part time jobs which rose 71.5K while full time jobs actually declined by -45.4K. Adding insult to injury, the Australian Treasurer formally rejected Chinese bid for Ausgrid on security grounds. And the final straw, on Friday, Moody's lowered its outlook on Australia's banks to negative from stable.

The U.S. economy continues to outperform its peers but in a disappointing fashion. And the Fed is not in easing mode like its peers but the USD still can't seem to mount a serious rally. This past week the USD took two steps backwards as all of the hawkish talk by Fed members was viewed with skepticism. On Tuesday, New York Fed President, Bill Dudley, said that the Fed was "edging closer towards the point in time where it will be appropriate, I think, to raise interest rates further" and that it was "possible" for this to occur as soon as the September 21st FOMC meeting. Honestly, there was no new information here and the timing of his comments was suspect. We say this because they were made a day before the release of the FOMC Minutes from the last meeting. Dudley was at that meeting so he very well knew that they would be taken as dovish, which they were and the USD accelerated to the downside after the release.

Let's face it, the Fed isn't in a position to raise interest rates because if they were, they wouldn't be trying to signal that another rate hike is likely while, at the same time, questioning whether the economy can expand fast enough to justify lifting rates. Case in point, San Frisco Fed President John Williams published a letter last week titled "Monetary Policy in a Low R-star World" in which he recommended an overhaul of monetary policy orthodoxy. Specifically, he urged central bankers and governments to come up with new policies to buffer their economies against persistently low interest rates that threaten to make future recessions deeper and more difficult to avoid. "There is simply not enough room for central banks to cut interest rates in response to an economic downturn when both natural rates and inflation are very low," Williams said. Oh, ok I get it now, what he's saying is that monetary policy is virtually helpless to boost growth while keeping inflation low so he wants the government to provide more spending stimulus. Rather cheeky of him – instead of admitting that the Fed's policies of the past seven years have failed to stimulate the economy, he's asking for more firepower. Like we have said in previous writings, the fact that we have had more than one QE program is evidence that the previous ones have failed.

If you think that we are being too hard on the Fed and its members, you should read the comments left by the public on the Fed's newly launched Facebook page. Zero Hedge was kind of enough to cut and paste a collection of them on their website here. Here's an example:

This was one of the kinder comments – what a PR disaster.

So as the market continues to struggle with the signal (or lack thereof) from the Fed, where does this leave the outlook for the USD? The technical readings on the US dollar index argue for a consolidation or recovery. The index bounced off the trendline support drawn off the May and June lows. This support line should help the tone for the upcoming week. The momentum indicators such as the RSI have turned up but the MACD and Stochastics are still looking to turn up. We suspect that the USD will consolidate until Friday's Jackson Hole speech by Fed Chairwomen Yellen. The market will try to glean any clues for the timing of the Fed's next move which will chart the near-term direction for the USD.