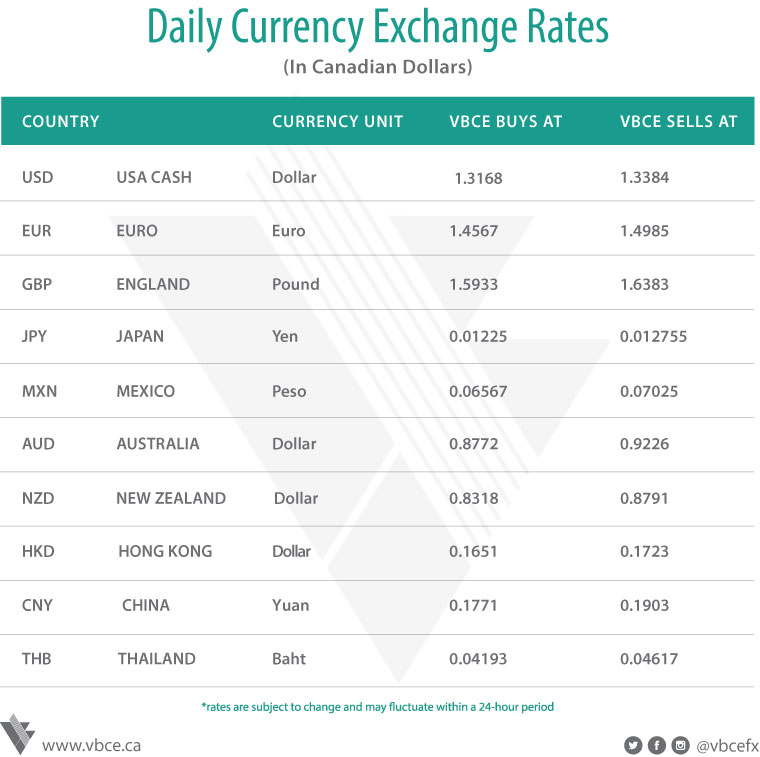 Stocks climbed after the Trump administration signaled progress on trade negotiations and speculation grew that major central banks will keep shoring up their economies. The S&P 500 index extended gains into a 3rd day as U.S. Commerce Secretary Wilbur Ross said the nation will delay restrictions that the Trump administration has imposed on some business operations of China's Huawei Technologies Co. Long-dated bonds are moving the Treasury yield curve away from inversion, as the U.S. government considers borrowing for a century. Bunds tumbled as Germany was said to be preparing fiscal stimulus measures. Crude rallied after a drone attack on Saudi Arabian oil field. Besides trade, Investors will be sifting through Federal Reserve Jerome Powell's remarks on Friday about the challenges for monetary policy at the central bank's annual Jackson Hole symposium. Currently, the TSX is up 0.45% and the DJIA is up 0.89%. EURCAD is up 0.23% trading between 1.4699 and 1.4750. GBPCAD is unchanged trading between 1.6041 and 1.6155. JPYCAD is down 0.40% trading between 0.01242 and 0.01249. Gold is down 0.64% trading between $1,493 and $1,512USD/oz, silver is down 0.70% trading between $16.85 and $17.17USD/oz, while oil (WTI crude) is up 1.27% trading between $54.95 and $56.04.