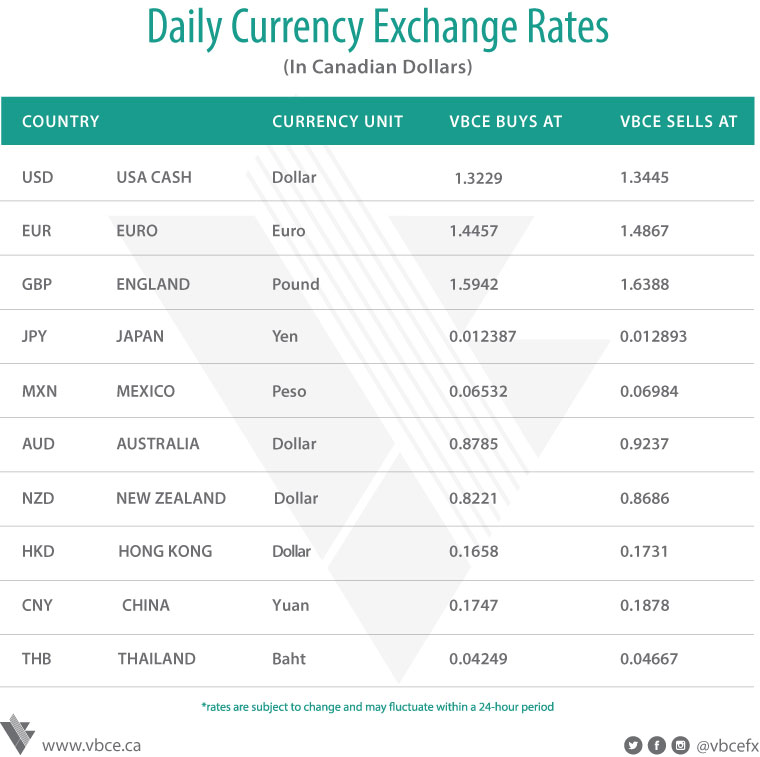 Stocks fell as trade talks between the U.S. and China struck another stumbling block, while Treasuries turned higher and the dollar erased gains after American factory data signaled contraction for the first time in three years. The S&P 500 declined for the first time in four sessions as Chinese and American officials struggled to agree on a schedule for negotiations after Washington rejected Beijing's request to delay tariffs that took effect over the weekend, according to a Bloomberg report. Semiconductor shares weighed on benchmarks after Huawei Technologies accused the U.S. government of harassing workers and attacking its internal network.Currently, the TSX and the DJIA are down 0.20% and 1.36% respectively. EURCAD is up 0.23% trading between 1.4575 and 1.4654 . GBPCAD is down 0.05% trading between 1.5956 and 1.6145. JPYCAD is up 0.85% trading between 0.01253 and 0.01261. Gold is up 1.10% trading between $1,521 and $1,545USD/oz while oil (WTI crude) is down 3.30% trading between $52.85 and $55.03.