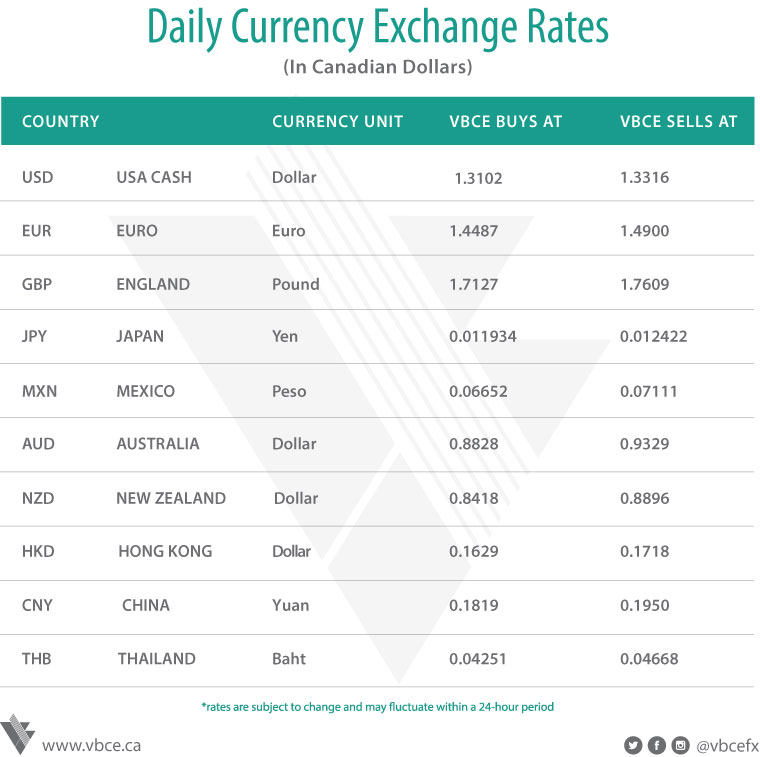 The Bank of Canada said there's evidence the global economy is stabilizing, while the domestic economy remains resilient, in an interest rate decision Wednesday that gave little indication policy makers are in a rush to lower borrowing costs. The Bank of Canada held its policy rate at 1.75% for a ninth consecutive meeting, retaining language from its previous statement that it judges the current interest rate is "appropriate." The prolonged pause has left Canada with the highest policy rate among advanced economies. The decision showcases a central bank still comfortable with its wait-and-see stance. In the statement, the central bank said the October projection for a recovery in global growth "appears to be intact," even as ongoing international trade disputes remain the biggest source of risk. It also continued to characterize domestic economic conditions as resilient. Currently, the TSX is up 0.19% and the DJIA is up 0.71%. EURCAD is down 0.34% trading between 1.4664 and 1.4741. GBPCAD is up 0.43% trading between 1.7258 and 1.7395. JPYCAD is down 0.53% trading between 0.01214 and 0.01225. Gold is down 0.26% trading between $1,471 and $1,484USD/oz while silver is down 1.91% trading between $16.80 and $17.29. Oil (WTI crude) is up 3.82% trading between $56.29 and $58.29.