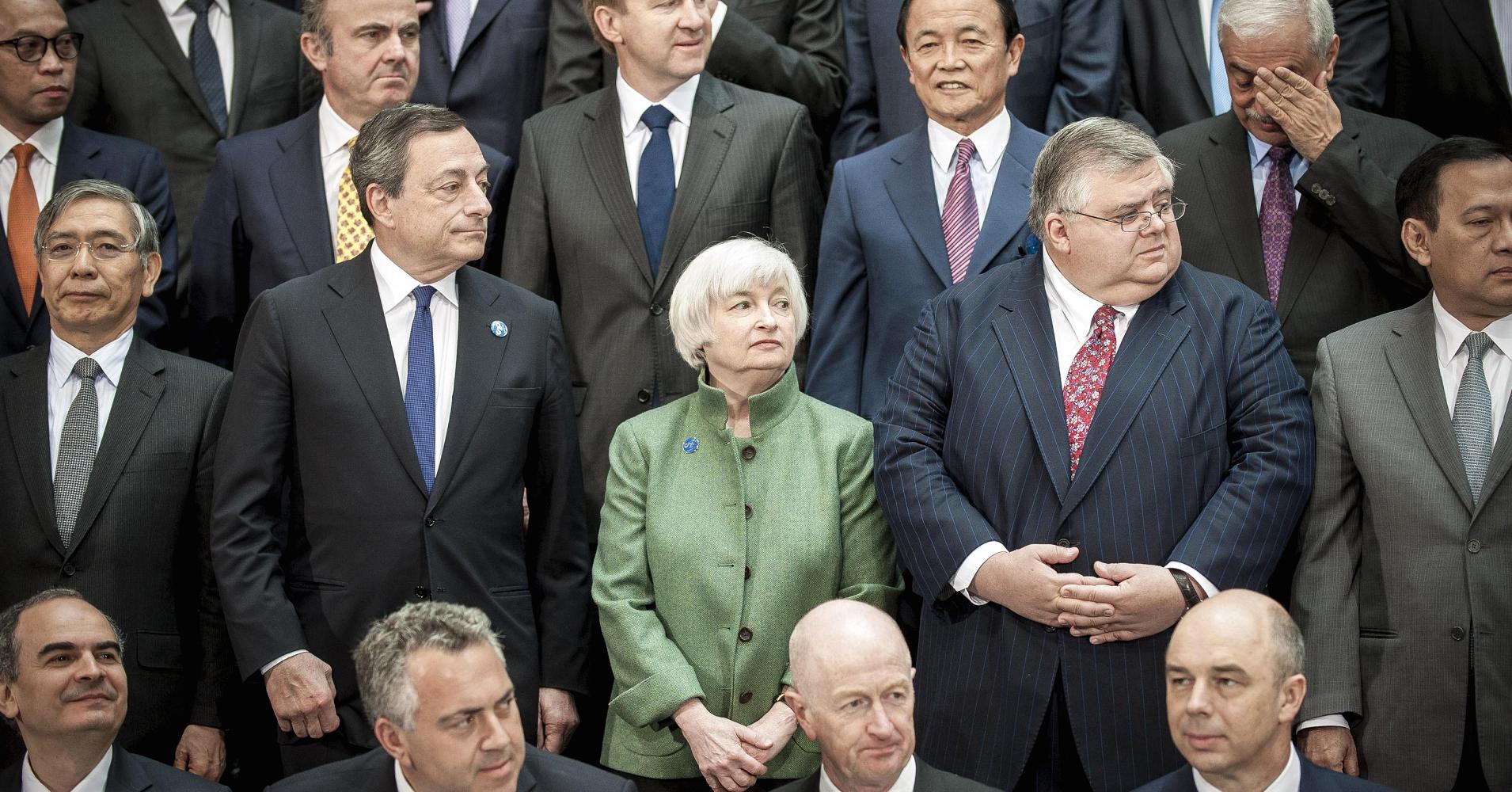 The USD was the top performer last week but that may have more to do with positioning ahead of this Wednesday's FOMC meeting. Meanwhile, the GBP was at the end of the pack after Friday's headlines weighed on the currency which, up to that point, had managed to fare pretty well with a heavily laden economic calendar. The GBP was sold hard on Friday after two sources told Bloomberg that Chancellor of the Exchequer Philip Hammond is ready to accept that Britain may have to give up membership of the European Union's single market -- and U.K. banks' crucial access to clients on the continent -- to achieve the immigration restrictions that voters have demanded. On Saturday, the Prime Minister of Slovakia said his country - along with Hungary, Poland, and the Czech Republic - would veto any agreement between Britain and the EU unless the UK guarantees their citizens the right to work in Britain. The honeymoon from post-Brexit currency strength may be coming to an end.

There are no fewer than eight central bank policy meetings in the week ahead but only two, the Federal Reserve and the Bank of Japan, have the market's attention. Since the Brexit vote and thanks to the resilience of the GBP (until Friday's news), the market has been preoccupied with the shifting stance of the Fed. Let's see, after the release of the FOMC minutes on August 18th the Fed was dovish; then the Fed's stance shifted to hawkish after the one-two punch of Yellen and Fischer at the annual Jackson Hole symposium on August 26. Of course, with the worry that the Fed was about to hike rates the equity markets began to sputter – as stocks, bonds and everything-but-the-USD was being sold. Curiously, Fed member and FOMC voter Lael Brainard was scheduled at the last minute to give the final words before the Fed's blackout period ahead of a FOMC meeting.

Brainard left no doubt where she stood on a September rate hike after she urged "continued prudence in removing accommodation", citing weak external demand and the possibility of a hike halting further labor market gains. She also showed how far out on the dovish spectrum she is with her concluding remarks which emphasize a very slow and careful approach to tightening: "In today's new normal, the costs to the economy of greater-than-expected strength in demand are likely to be lower than the costs of significant unexpected weakness."

A lot of people spend way too much time looking at the Fed; we just devoted two paragraphs on it. We would rather look at the business cycle and take our cue from there. The August economic data that has been released thus far has been disappointing, including last week's retail sales (-0.3%) and industrial production reports (-0.4%). Even though last week's inflation report came in on the high side (0.3%) this was mostly due to rent and medical cost. Ironically, there is virtually no inflation for stuff that consumers don't really need. Even the Fed's preferred measure of inflation shows the PCE core deflator is up a much milder 1.57% y/y (at least up to July), in part thanks to a smaller weight for housing costs. Stepping back a little further, the GDP growth in the most recent quarter was only 1.1%, industry capacity utilization is low at 76%, worker productivity is in decline, and all this within a backdrop of a slumping global business cycle. Frankly, the Fed has never tightened rates in past cycles with indicators so weak. The reality is, at this point in the business cycle, a more normal stance would be to hold steady, or look for an opportunity to cut rates to support a flagging economy.

Now for the Bank of Japan, complicating its decision is the fact that their meeting ends before the Fed's meeting starts. The BOJ was hoping that the Fed would do the heavy lifting for them – a Fed hike would cause the yen to fall against the USD – but that doesn't look feasible at this juncture. Earlier in the week, a Japanese newspaper, Nikke, reported that the BOJ was exploring delving deeper into negative rates and implementing a reverse operation twist. If this is the case, we are afraid of how the markets will take it. If you remember the January 29th BOJ meeting, which saw the shock announcement of a negative deposit rate, the yen soared – which was the exact opposite of the outcome desired by the BOJ. For this reason, we think that the BOJ meeting rather than the FOMC meeting has the potential to surprise the market.

If writer's block is the condition of being unable to think of what to write or how to proceed with writing then the BOJ may have banker's block. It seems like the BOJ has been easing forever – perpetual stimulus – and the economic outcomes have been little at best. Recent economic data has showed further deterioration and the worry is that the BOJ may miscalculate and cause the opposite reaction just like last January. Perhaps it's best that they just do some minor tweaks here and there which would disappoint markets and cause the yen to sell off which is what they want.

The BOJ's frustration may be a sign that the effectiveness of central bank policies may have peaked – the law of diminishing returns. Markets may be losing confidence in central banks as monetary policies in general are perceived to be near their political and/or economic limit. Ironically, it has been eight years since the Lehman Brothers collapse, and it appears that the central bank's medicine of monetary stimulus has become the disease, rather than a cure, for the markets.