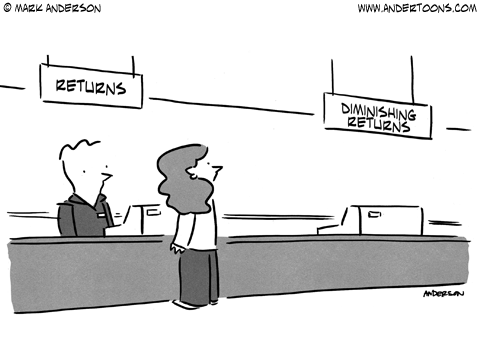 The carry trade continued to unwind last week. The Japanese yen, Swiss franc, and the euro have been used as funding currencies, due to their low or negative interest rates, were at the head of the pack. Market participants bought those currencies last week in order to exit their trades. The unwinding of the carry trade caused excessive volatility in financial markets. However, signs of stabilization in the equity markets were apparent in Friday's price action. This was also reflected in the currency markets as the funding currency stopped rising and actually fell on Friday – perhaps signalling that the carry trade unwind had run its course, for now. We will know for sure as the new week opens and markets in most of Asia reopen after being closed for most of last week due to holidays.

It has been an extraordinary start to 2016. For the first couple of weeks the market's anxiety revolved around the declines in the stock market and currency of China. It quickly changed to the oversupply of crude and its falling price. Then the market's obsession turned to fears that the US economy was entering a recession. Before that obsession faded, along came the obsession of third party risk and troubled banks.

The financial sector is down about 15% year to date but Deutsche Bank is down more than 35% due to potential issues with its derivatives portfolio and its capital structure. Deutsche responded to the investor's loss of confidence with a plan to back $5.4B in debt. The plan is so desperate it will even start buying back debt that was issued less than six weeks ago. Where have we seen this before? You got it – Lehman Brother in 2008. I guess we should have seen this coming back in June 2015 when the bank's co-CEO, Anshu Jain and Jürgen Fitschen, abruptly resigned. We are not suggesting that this is 2008 all over again. However, sentiment has definitely changed since the Fed's December rate hike as evidenced by the unwinding of carry trades.

Last week, Fed Chair Janet Yellen delivered a relatively upbeat assessment to the Senate Banking Committee. "A lot has happened" since December, when the Fed talked about raising rates 4 times in 2016 to kick off three years of sequential rate hikes, Yellen acknowledged. When asked about the risk of a recession, she responded that anything is possible but "expansions don't die of old age." She made clear that Fed officials were still debating when, not whether, they should raise rates again. She went on to play down the possibility that the Fed would seek to provide new stimulus by imposing negative interest rates. However, she refused to take negative interest rates off the table.

What we have here is a difference of opinion between the market and the central bank. The Fed expects the economy to continue to perform while it administers additional interest rate hikes; while investors expect the slowdown in the global economy will force the Fed to change course. The market is currently pricing in about an 8% chance that the Fed will lower rates by the end of 2016, compared with a 4% chance it will raise them, according to overnight-indexed swaps data compiled by Bloomberg.

Gold's 16.76% rise year to date seems to reflect investors' angst that central banks are out of ammo. The popular finance blog, Zero Hedge, recently put out a missive promoting that notion. They suggested that 8 years of monetary easing comprised of 637 collective rate cuts, $12.3 trillion in global quantitative easing, and with $8.3tn of global government debt currently yielding 0% or less

have been a "quantitative failure." They insist that central banks have failed to revive the global economy and that every new measure yields less and less. They may be correct but we don't think that central banks will stop. They continue to tell us that they have more tools in their tool box and we don't doubt them – in fact, Ben Bernanke once talked about dropping money out of a helicopter. One thing that we are sure of is that every new tool used by central banks will lead to a corresponding move higher in the price of gold. Why you ask? – because Gold is the only currency that central bank can't debase (create out of thin air). 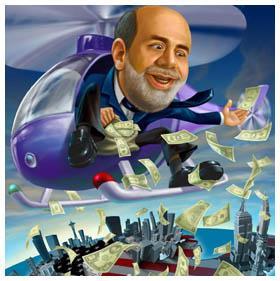