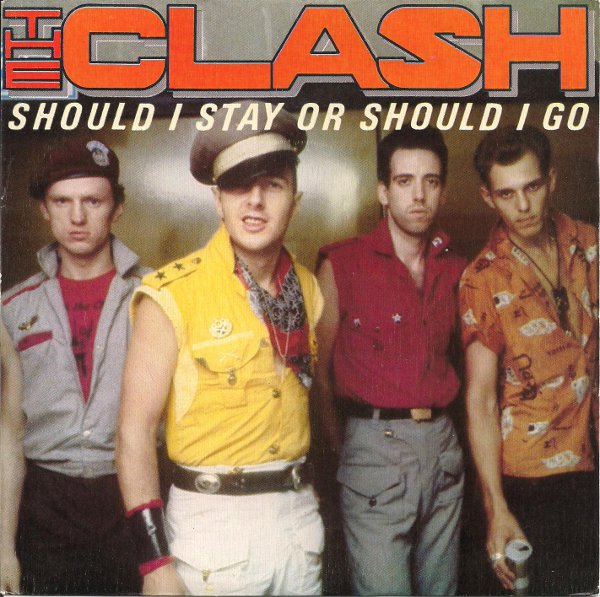 Noted philosopher Joe Strummer (1952-2002), of the English punk rock band the Clash, neatly summed up the question on the minds of many Britons going into this week's Brexit referendum. With the Fed's rate announcement out of the way – more below – investors can now focus clearly on the June 23rd vote. One has to wonder - the UK wasn't a member of the European Union for many, many years so why is their membership in this body such an overwhelmingly important consideration now?

Polling at the time of writing showed Remain topping Leave by 3% after trailing most of last week. Support is apparently firming to remain in the EU, at least for now. Polls will likely be volatile in the run-up to Thursday's vote. Bank of England head Mark Carney – a vocal proponent of Remain – has been instructed to remain neutral going forward, the fear evidently being that doomsday scenarios may backfire with sceptical voters. Regardless, Mr. Market isn't taking any chances, given the complete unpredictability of both the vote and investor reactions afterwards. Banks, hedge funds and other major players are offloading any assets vulnerable to the vote and otherwise tightening up on risk, meaning lower liquidity and potentially greater volatility. In the meantime, we can expect further attempts by Euro-elites to convince voters to stay, which will just add to the general noise – and confusion. Voting results should start emerging Thursday evening at around 8 pm EST and the outcome should be widely known by the opening of trading in North America.

In a little-remarked court case now being heard in Germany, the German Constitutional Court is expected to rule tomorrow, June 21st , on the domestic legality of the European Central Bank's Outright Markets Transaction programme, a bond-buying facility put in place in 2012 during one of the Eurozone's frequent crises and, to date, never used. The challenge, mounted by a group of over 35,000 German economists, academics and politicians, was rejected last year by the European Court of Justice and a similar fate likely awaits it at the GCC. However, a verdict in favour of the plaintiffs, coming so close to the Brexit vote, has the potential of upending the ECB's QE policy and throwing a spanner in the works, so to speak, just in advance of the crucial EU vote.

As largely anticipated, the Fed left interest rates unchanged with a slightly less-dovish than expected statement on the economy's outlook. Surprisingly enough, the decision was unanimous. KC Fed Governor Esther George, after dissenting at the previous two FOMC meetings in favour of a rate hike, fell in line with her colleagues in supporting Fed Chair Janet Yellen in leaving rates steady. It makes you wonder what economic slippage has transpired since the last meeting. Chair Yellen's post-announcement press conference was as dull as it was boring and not terribly enlightening either. Nevertheless, the USD rallied smartly but has now settled into a tight range before Thursday's UK vote. Economic stats released during the week were largely in line with expectations. Going forward, markets have largely discounted a rate hike in July and, frankly, with the American presidential election campaign getting under way in earnest, it appears unlikely that anything will change before December at the earliest.

The CAD turned out to be the loser on the week, trading briefly above 1.3000 before settling down ahead of the vote. JPY rallied sharply along with gold – matching the USD, an odd occurrence – on Bank of Japan leaving rates unchanged and the Abe government postponing yet another 'stimulus' package. Speaking of stimulus – pity poor Mario Draghi, head of the ECB. His stimulative policy of negative interest rates simply isn't having the desired effect of sparking economic growth. The monthly QE has raised demand for sovereign debt so high that ten year German bunds – the world's best bond – traded briefly below zero yield. So much for saving! Moreover, the Brexit poll has the ECB scrambling to avert any sort of currency shock which may, or may not, result. A failing monetary stimulus policy, potential currency shock, uncooperative Eurozone politicians – Mr. Draghi has a lot on his mind these days.