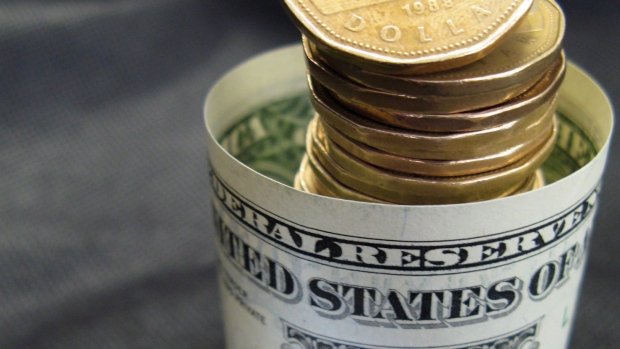 The CAD was the best performing currency last week and it is has completely reversed its year to date performance from a negative to a positive gain since the Bank of Canada's decision to keep rates on hold in mid-January. The CAD's reversal of fortune can be attributed to firmer price of oil, stable equity markets, and to better economic performance with Canada's biggest trading partner the USA. One prominent Canadian bank has gone so far as to proclaim that the worst is probably over for the CAD.

Looking at the daily chart of the CAD, there is good support around the 1.33 level and resistance around the 1.40 level. This trading range should contain future price action as long as the Canadian economy stabilizes, the price of oil continues to trade above the $30 range, and that the Bank of Canada remains on hold.

The stress factors that were driving the price action in the currency, bond, and equity markets from the start of the year have ebbed, for now. Those stresses were the volatility of the Chinese yuan, the fall in Chinese equity shares, the downward pressure on commodities, especially oil, and the fear that the US economy was showing signs of a recession. The fact that the CAD was the best performing currency last week speaks to this – the relief of anxiety over the stresses. On the opposite end of the spectrum, the ebbing of the collective stresses have been replaced by a new one – Brexit, "British exit", refers to the possibility of Britain's withdrawal from the 28-country bloc known as the European Union (EU), hence the 3.7% decline in the GBP last week.

The previous Friday, Prime Minister David Cameron had reached agreement with other EU leaders on changes to the U.K.'s relationship to the bloc. He laid out the key arguments he plans to use in his campaign, arguing that Britain is better off in terms of economic and national security within the EU, the destination for a significant portion of the U.K.'s exports. The GBP was actually buoyed by the agreement. However, the GBP quickly changed course and its losses accelerated after Boris Johnson, London's mayor and one of the U.K.'s most prominent politicians, said he would campaign for Brexit. Johnson, a contender to become prime minister one day, is now the most high profile politician to back the "leave" campaign ahead of a referendum, now set for June 23.

How bad was the GBP's fall last week? – it was down more than 500 pips, slicing through 30-year generational support at the 1.40 level. Since 1986, the GBP has experienced only 3-4 periods below $1.40. Was the move warranted? Frankly, no one is certain what Brexit would mean for the UK and Eurozone economies (after all, it's never happened before), so because of this uncertainty traders tend to sell first and ask questions later. Last week's losses have left the GBP technically oversold, and we should expect some sort of relief rally – although more selling would not be unusual.

Brexit would most certainly lead to Scotexit - Scotland exiting the United Kingdom. For the rest of Europe, the threat of Brexit has also opened up a Pandora's box of fears about EU itself. If Britain did leave the EU it would open up the door to other EU countries which are unhappy with the current union. Little wonder then that euro has been drifting lower along with the GBP as investors grow increasingly wary of the whole region. Hyperbole you say! Then why did this weekend's G20 warn against an exit from the EU?