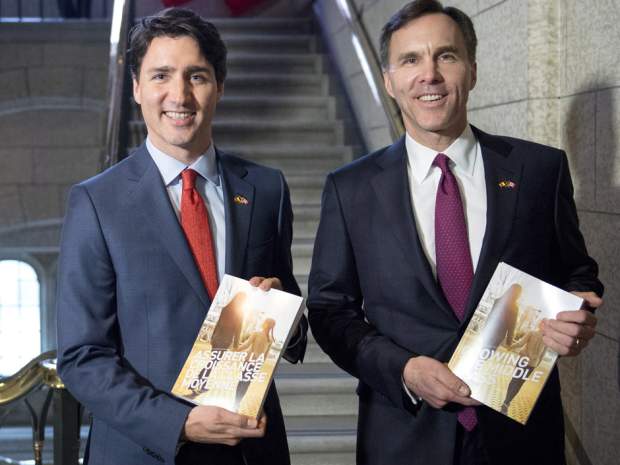 The CAD was the main casualty of the USD's reversal, falling 1.95% on the week, which ended a nine week rally. The possible culprits for the drop in the loonie were the slump in the price of oil and/or the release of the Canadian Federal Budget.

The world's eyes were on Canada last week as it became the first major industrialized country to opt for fiscal stimulus rather than rely solely on monetary easing. The Organization for Economic Co-operation and Development and the International Monetary Fund has stressed the need for governments to turn to fiscal policies instead of monetary central bank policies; and the Canadian government delivered by promising to spend more on infrastructure to boost growth. The Canadian Finance Department estimates that the stimulus spending will drive 0.5% of GDP growth. The government is putting the bulk of its effort on the middle class and expecting a positive spillover to the rest of the economy. The bad news is that federal finances will go from a near-balanced position of the past two years to big budget deficits of almost $30 billion (or 1.5% of GDP) for each of the next two fiscal years. Canada's pristine balance sheet will be affected in the short term but with the current global backdrop this will be acceptable. The key for the currency will be for the medium term – will the government be able to reverse the deficits down the road? We will come back to this point in four years' time.

With the cumulative burden of big deficits down the road, the CAD was weighed down more by the combination of a firmer USD and the lower price of crude. The price of oil approached the 200-day moving average around the $42 level last week and backed off after U.S. crude inventories jumped more than expected and gasoline stockpiles fell. The Energy Information Administration reported U.S. crude stocks rose by 9.4 million barrels in the previous week to a record total of 532.5 million barrels. Offsetting the build was a 4.6 million barrel decline in gasoline inventories. The EIA also said weekly production ticked down by about 30,000 barrels per day. This spells trouble for oil and the CAD as inventories are at all-time highs nearing full capacity as we approach the spring maintenance season for refiners.

The USD/CAD rate has moved up through the overhead downward sloping trend line drawn off the mid January high. The technical indicators are also aligned with the up move in the rate with the RSI rising and with the crossover in the MACD. A move to the 200-day moving average would be constructive. Also, if the price of oil were to fall below the shelf carved out at just above the $36 level then the USD/CAD rate could attempt to reach the falling 50-day moving average.

During the previous week, the US Fed's actions sent the USD reeling but that all changed last week as the USD climbed out of the basement to the top of the heap. The USD was well bid all week as nearly half of the regional Federal Reserve presidents appeared more willing to support rate hikes than was the impression following the previous week's Fed meeting and press conference by Janet Yellen. Of course, this may have been an attempt by the Fed to steer markets away from their post-FOMC conclusion that the Fed was safely out of the picture for the next few months. Thus, the regional Fed presidents were successful at injecting some speculation about the appropriate number of rate hikes this year and adding some uncertainty about a possible hike in the April or June meetings. Any time a regional Fed president is a little more hawkish or less dovish it is USD supportive.

Meanwhile, the GBP was at the bottom of the heap following the release of soft inflation data and an increase in the odds of the UK leaving the European Union in the June referendum in the wake of the Brussels terror attacks. With immigration as a key issue in the referendum, the GBP was knocked down as traders presumed that British voters might seek to distance themselves from the EU and the terrorist attacks that took place first in Paris back in November and now in Brussels. The February inflation reading added to the GBP's pain. The 0.3% reading is unchanged on the previous month and was below the forecast of 0.4%.