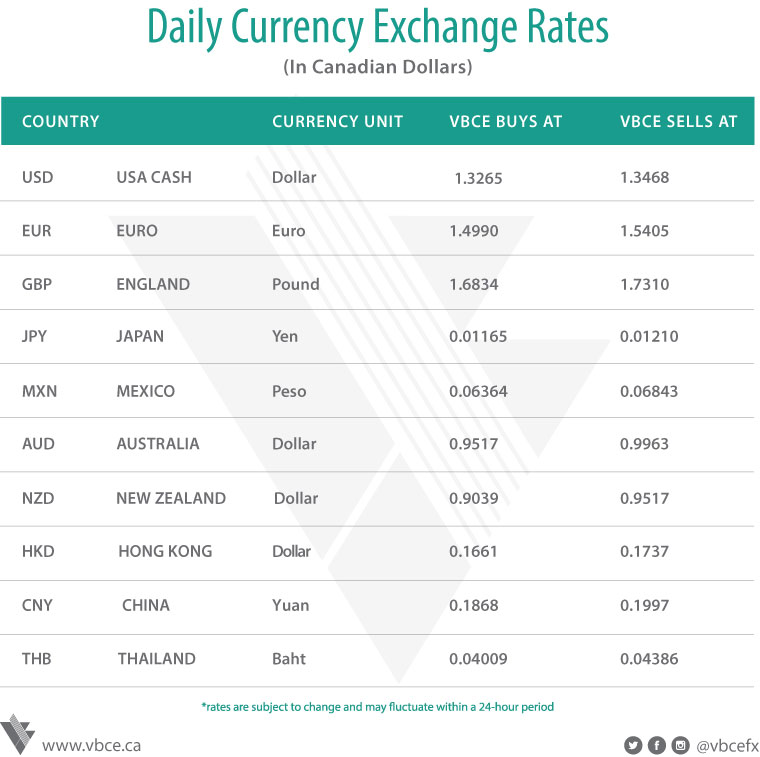 The Bank of Canada walked back some of its enthusiasm about the economic outlook as it kept interest rates unchanged, suggesting there may be less urgency to tighten monetary policy. The central bank kept its overnight benchmark rate at 1.75%, reiterating it expects to eventually remove all monetary stimulus from the economy. But its statement was more guarded than the last one in October and cited the possibility that recent negative economic developments may mean the economy isn't running up as much against capacity constraints as previously thought. The less-confident tone is an acknowledgment of growing risks, particularly in the oil sector, to what has largely been a strong expansion, casting doubt on whether the economy can cope with higher borrowing costs. The CAD has plunged 0.85% since the announcement this morning. The U.S. stock markets are closed today for national day of mourning following the death of former President George H.W. Bush. Currently, the TSX is up 1.16%. EURCAD is up 0.90% trading between 1.5027 and 1.5183. GBPCAD is up 1.06% trading between 1.6836 and 1.7056. JPYCAD is up 0.51% trading between 0.01173 and 0.01183. Gold is down 0.08% trading between $1,233 and $1,238USD/oz., silver is down 0.20 trading between $14.41 and $14.53USD/oz., while oil is up 1.66% trading between $52.20 and $54.20.