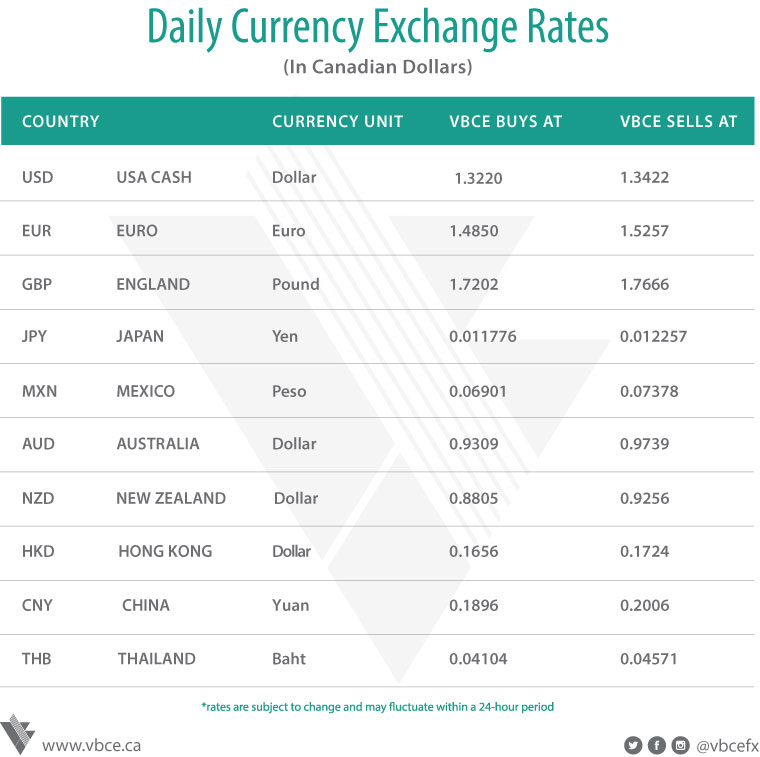 Stocks fell and Treasuries rose amid renewed concerns about slowing global growth and an escalation of trade tensions. The dollar dropped.The S&P 500 halted an eight-day rally with its steepest drop in two weeks as the Trump administration threatened tariffs on the European Union and the International Monetary Fund cut its global growth outlook to the lowest since the financial crisis. Multinationals bore the brunt of the selling, with Caterpillar and Boeing dragging the Dow Jones Industrial Average lower. Airlines tumbled along with materials and energy producers. Ten-year Treasury yields fell below 2.50 percent, while the greenback declined for a second day against major currencies. The pound was little changed as U.K. Prime Minister Theresa May met with key EU leaders on Brexit. In Asia, most equity gauges advanced. Currently, the TSX and the DJIA are lower on the day by about 0.60% . EURCAD is unchanged trading between 1.4968 and 1.5033. GBPCAD is down 0.05% trading between 1.7336 and 1.7448. JPYCAD is up 0.50%trading between 0.01192 and 0.01199 . Gold is up 0.25% trading between $1,296 and $1,306USD/oz, silver is up 0.27% trading between $15.21 and $15.34USD/oz. Oil (WTI crude) is down 0.57% trading between $63.94 and $64.79.